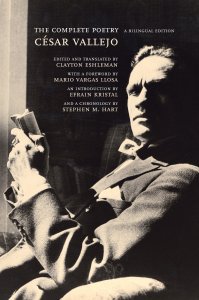 Something a little different from me. Literature and film culture blending.

An homage to Peruvian poet César Vallejo appears at the beginning of Roy Andersson’s 2000 film ‘Songs From The Second Floor’. “Älskade Vare De Som Säter Sig (“Blessed be those who sit down”) – César Vallejo 1892- 1938 In Memorium”

The film itself featuring lines from Vallejo’s poem ‘Stumble Between Two Stars’ and featuring numerous scenes that are direct references to the poem (for example, a door closed on a finger).

The film shared the Special Jury Prize at the Cannes Film Festival in 2000, and reading a few online reviews, it appears as though several reviewers didn’t check the very obvious César Vallejo references.

I thought I’d present the poem here for people who have watched, or will watch the Swedish filmmaker’s first film in a trilogy, followed by ‘You, The Living’ (2007) and ‘A Pigeon Sat on a Branch Reflecting on Existence’ (2014). Worthwhile films indeed.

There are people so wretched, they don’t even
have a body; quantitative the hair,
lowers, in inches, the affable grief;
the mode, above;
don’t look for me, the molar of oblivion,
they appear to come out of the air, to add up sighs mentally, to hear
sharp lashes on their palates!

They leave their skin, scratching at the sarcophagus in which they are born
and rise through their death hour after hour
and fall, along their frozen alphabet, to the ground.

Beloved be the Sanchez ears,
beloved the people who sit down,
beloved the unknown man and his wife,
the neighbor with sleeves, neck and eyes!

Beloved be the child, who falls and still cries
and the man who has fallen and no longer cries!

Personally I’m not convinced this is a great translation “the one who clothes a door on a finger” (“el que se coje un dedo en una puerta”) surely it means “the one who catches their finger in a door”? There are other translations of the poem available online, seek them out if you’re intrigued.