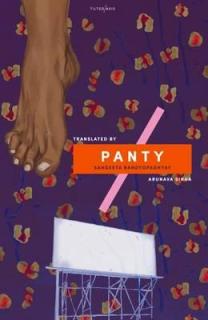 Australian writer Gerald Murnane was featured in the US publication “Music and Literature No 3” where, along with critical essays, he was interviewed about his work and wrote a letter in reply to a journalist about the feeling of distance in his writing, his “space”, the universe being three-dimensional and the mind;
You wrote about a feeling of distance in my writing. You are a perceptive fellow. Notions of space or distance are nearly always in my thoughts…I hardly need to remind you that I think of mind as space. I long ago rejected the popular theories of the mind advanced in the twentieth century. For me, the mind is extent and, quite possibly, endless, that is to say, infinite. This would entail, I suppose, the belief that all minds are one or even that everything is mind, but that sort of speculation is not for me. I have enough to do during my lifetime with uncovering the patterns of imagery in my corner of mind without seeking further.
Interestingly the concept of space, the continuum between the heart and the mind, came to the fore with the very next book I picked up after reading Murnane’s letter.
Tilted Axis Press is a new south London based publisher, a not-for-profit press “on a mission to shake up contemporary international literature.” According to their website they publish “the books that might not otherwise make it into English, for the very reasons that make them exciting to us – artistic originality, radical vision, the sense that here is something new.” Founded by Deborah Smith, yes THE Deborah Smith who recently won the Man Booker International Prize for her translation of Han Kang’s “The Vegetarian”, their name comes from “tilting the axis of world literature from the centre to the margins…these margins are spaces of completing innovation, where multiple traditions spark new forms and translation plays a crucial role.
And their first release, from India, Sangeeta Bandyopadhyay’s “Panty” (translated by Arunava Sinha) is a work that very much plays in the margins, a story about space itself.
She “who had no name, no identity, no family, no city or village, no property or assets” arrives in the city in the middle of the night and is put up in a large dark apartment by a mysterious man. The only thing left in the apartment (there is no light, our narrator is in darkness metaphorically and physically), is a pair of stained leopard skin panties. Due to the onset of our protagonist’s period and with no other clothes our mystery woman puts in the panties;
I slipped into the panty.
What I did not know was that I had actually stepped into a woman.
I slipped into her womanhood.
Her sexuality, her love.
I slipped into her desire, her sinful adultery, her humiliation and sorrow, her shame and loathing. I had entered her life, though I didn’t know it. I even slipped into her defeat and her withdrawal. I slipped into her nation too, in that moment. Trite thoughts about her world passed through my mind. How fine the material was, I reflected. Soft. A perfect fit. As though tailored especially for me. After putting it one, I was no longer repulsed. I lay down, spreading my hair out on the pillow. Although I do not admit that I fell asleep, it is undeniable that I was woken up by a series of sounds in the room.
Chapter numbers are random (or are they) starting at Chapter 29, moving to 15, then 11, back to 18 etc. with not all numbers covered this is very much a fractured tale of a fractured nation, India. Whilst fractured this book is also, very much like the Tilted Axis agenda, a work that plays with “spaces”. Opening with a definition from the translator of the Bangla word “mōn”;
In the ontology that English-reading people have acquired through their books, the heart and the mind are binary – neither word can be used to refer to the other. In Indian languages, however, this word (mōn in Bangla, man in Hindi) represents neither the heart nor the mind exclusively. It takes a position, contextually to the rest of the text, on a continuum between the heart and the mind, between emotion and reason, between feeling and knowing.”
–          Arunava Sinha
These spaces, not only of the heart and mind, are a constant theme, urban spaces, the space between happiness and disgrace, “legitimate” and Illicit”, man and woman (“the eternal unquestioning game between man and woman instantly began anew, creating two opposing but complementary forces.”), foreigners and locals, street people and urban dwellers, light and dark, the darkness between sanity and insanity, the spaces between religions.
Once, in an urge to ascertain the meanings of ‘legitimate’ and ‘illicit’, she had wished for a space that was at once one of emptiness and of equilibrium, the kind of space that defied the laws of nature. She had searched for such a space, but never found it.
A multi layered visceral novel that not only pushes the boundaries of what you would expect of Bengali literature, this is a dreamlike sequence where the anonymous becomes less known, where your expectations are not met, a work where you fall into the spaces, where deconstruction is part of the construction.
Let yourself go, explore the gaps in India’s culture, the spaces in our own lives, can you leap from a white wall to a brown one?
The book also includes a short story about submission entitled “Sahana, or Shamim”. I dare you… submit.